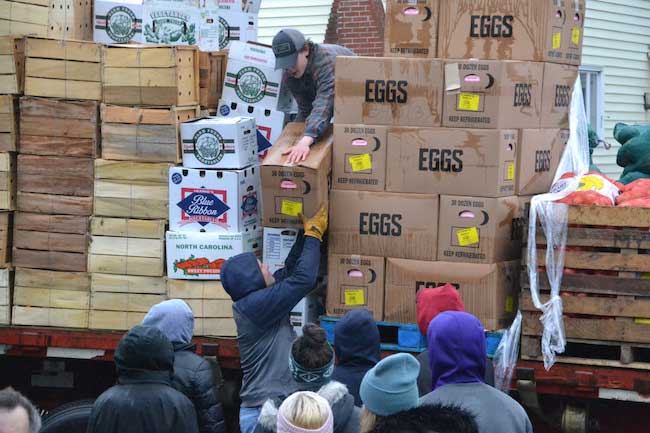 ALBION – Albion FFA member Kyle Pappalardo is on a flatbed trailer and handing down a box of eggs to Adam Krenning, the former FFA advisor who helped load and then unload the trailer on Saturday morning during the FFA’s annual food drive.

Local farmers donated 40,000 pounds to the food drive. The food was packed by the FFA students and alumni and then delivered to Community Action of Orleans & Genesee on East State Street. 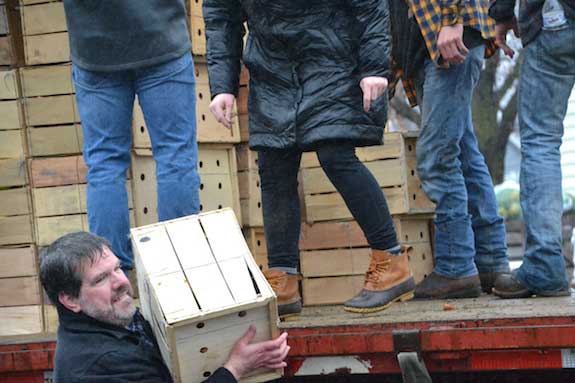 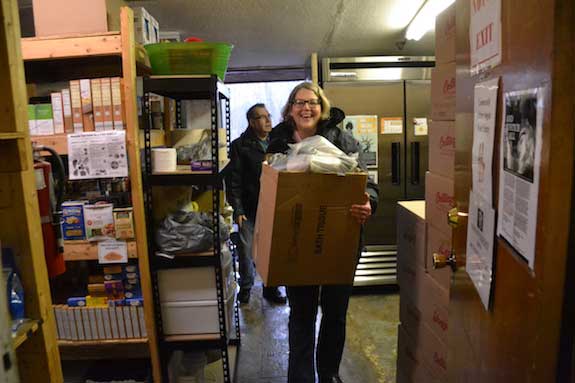 Jenn Ashbery, the Albion High School principal, carries a box inside Community Action. She helped unload the items on Saturday. 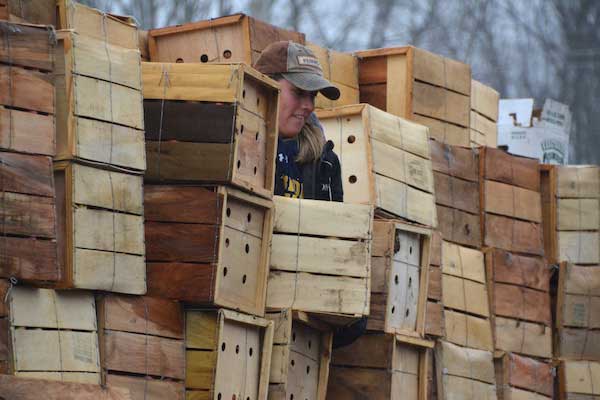 Paige (Levandowski) Hungerford, the Albion FFA advisor, managed the food drive for the first time as the FFA advisor. She was a student in 2010 during the first drive, which yielded 3,000 pounds of produce and was delivered on two pickup trucks.

She said she is amazed how the food drive has grown since then. The goal was always to connect the local farming community to filling a need locally. 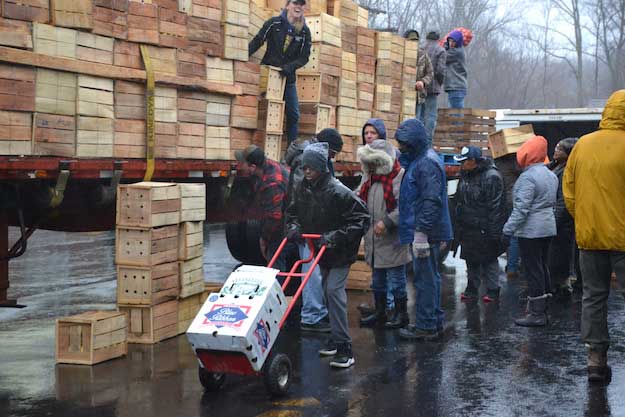 Micah Johnson of Rochester has a dolly cart to move crates of food going to the Lord’s House. The crate containers were donated by Navarra’s Greenhouses in Albion.

The Lord’s House had a food pantry open on Tuesday and Thursday evenings and every other Saturday. 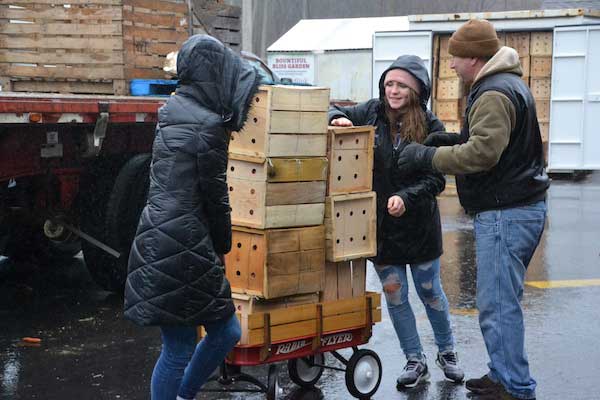 FFA member Charley London, center, was among 50 students who helped with the food drive. FFA alumnus Barry Flansburg was among several graduates who helped pack and deliver the food. 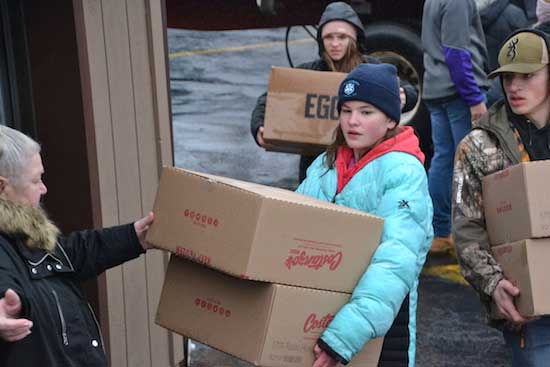 Ed Fancher, executive director of Community Action, appreciates the donations from the farmers and the FFA’s efforts in organizing the food drive and delivering the produce.

“I just feel general amazement at the generosity of the farming community and the students who pack the truck,” Fancher said Saturday morning, watching the FFA students unload a flat-bed trailer and other vehicles. “On behalf of the families we serve, thank you.” 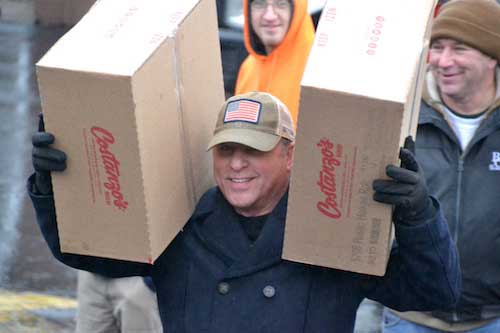 Mission
To provide services, with dignity and respect, that help people become self-sufficient.

We are a 501(c)3 nonprofit organization and have served low-income and disadvantaged families for over 40 years. Community Action programs are designed to empower as well as provide opportunity to those who are not yet self-sufficient. Read More

To send us a suggestion, a comment or to report fraud or abuse, please use this link: Submit Comment